"The body is your temple. Keep it pure and clean for the soul to reside in" ― B.K.S Iyengar

Yoga is one of the effective ancient techniques to keep your body, mind, and soul healthy and happy. For all those people, who complain that they don't have enough time to do Yoga, I have given the below Youtube Link that guides you to do Yoga within 15 Mins.

Note - In-case if you are suffering from any chronic illness, please contact your Doctor, before practising Yoga.

REIKI is one of the most powerful healing techniques that relax the mind, body, and soul.

If you have benefited from the above healing technique, please leave a comment below. Thank you.
By Prem - April 25, 2020 No comments:

I have attended a One-day Laughter Therapy workshop in Bangalore in the Year 2019. I am highly impressed by the Physical, Mental and Emotional health benefits of Laughter Therapy. However, I am not interested to laugh without any valid reason. So I have started doing research on YouTube about fresh content that can give me a good laugh.

Finaly :
Finally is the Tamil entertainment youtube channel to entertain people through their innovative Fresh humorous concepts. I have read dozens of Joke books and watched all the Stand-up comedy shows in Vijay TV / Sun TV. However, the contents in this Youtube channel are fresh.

Niranjan Niranch ( Script & Direction ) –
Niranjan Niranch writes a beautiful humorous script that has an unexpected twist that keeps the viewer’s bust out laughing. Mark my word,  Niranjan Niranch have a very colorful future in the silver screen if he moves the coins correctly.

Bhaarath (Hero)
Bhaarath gives life to the Niranjan Nirach’s script with this Oscar-winning acting.
He wins the hearts of the viewers by his Innocent Face expressions and perfect timing.

Finaly Team ( Cinematography, VFX, Music, Heroine, Villain, Father, etc) :
Finaly Team is filled with lots of Young talents who make it a delightful package to the viewers. Kudos to the whole Finaly team for thier best efforts.
Wish you success and Good Luck. Keep it up your good work.

Micset :
Micset Sriram :
Micset Sriram is the Hero, Scriptwriter, Director for most of the Short films in the Micset Youtube channel. He has a very good body language and acting skills. His sharp and crispy screenplay keeps the Viewers engaged with smile on their face.

Email ThisBlogThis!Share to TwitterShare to FacebookShare to Pinterest
Labels: Lessons for Life

Dharovaacha:
Bhagavan parameshaana bhaktiravyabhichaarinee;
Praarabdham bhujyamaanasya katham bhavati he prabho.
The Earth said:
1. O Bhagavan, the Supreme Lord! How can unflinching devotion arise in him who is immersed in his Prarabdha Karmas (worldly life), O Lord?

Sri Vishnuruvaacha:
Praarabdham bhujyamaano hi geetaabhyaasaratah sadaa;
Sa muktah sa sukhee loke karmanaa nopalipyate.
Lord Vishnu said:
2. Though engaged in the performance of worldly duties, one who is regular in the study of the Gita becomes free. He is a happy man in this world. He is not bound by Karma.

Geetaayaah pustakam yatra yatra paathah pravartate;
Tatra sarvaani teerthaani prayaagaadeeni tatra vai.
4. All the sacred centres of pilgrimage, like Prayag and other places, dwell in that place where the Gita is kept, and where the Gita is read.

Chidaanandena krishnena proktaa swamukhato’rjuna;
Vedatrayee paraanandaa tatwaarthajnaanasamyutaa.
9. It was spoken by the blessed Lord Krishna, the all-knowing, through His own mouth, to Arjuna. It contains the essence of the Vedas—the knowledge of the Reality. It is full of supreme bliss.
COMMENTARY: The Gita contains the cream of the Vedas and Upanishads. Hence it is a universal scripture suited for people of all temperaments and for all ages.

Paathe’asamarthah sampoornam tato’rdham paathamaacharet;
Tadaa godaanajam punyam labhate naatra samshayah.
11. If a complete reading is not possible, even if only half is read, he attains the benefit of giving a cow as a gift. There is no doubt about this.

Ekaadhyaayam tu yo nityam pathate bhaktisamyutah;
Rudralokam avaapnoti gano bhootwaa vasecchiram.
13. That person who reads one discourse with supreme faith and devotion attains to the world of Rudra and, having become a Gana (an attendant of Lord Shiva), lives there for many years.

Adhyaayam shlokapaadam vaa nityam yah pathate narah;
Sa yaati narataam yaavanmanwantaram vasundhare.
14. If one reads a discourse or even a part of a verse daily he, O Earth, retains a human body till the end of a Manvantara (71 Mahayugas or 308,448,000 years).

Geetaarthashravanaasakto mahaapaapayuto’pi vaa;
Vaikuntham samavaapnoti vishnunaa saha modate.
18. Though full of sins, one who is ever intent on hearing the meaning of the Gita, goes to the kingdom of God and rejoices with Lord Vishnu.

Geetaartham dhyaayate nityam kritwaa karmaani bhoorishah;
Jeevanmuktah sa vijneyo dehaante paramam padam.
19. He who meditates on the meaning of the Gita, having performed many virtuous actions, attains the supreme goal after death. Such an individual should be considered a true Jivanmukta.
COMMENTARY: A Jivanmukta is one who has attained liberation while living.

Geetaayaah pathanam kritwaa maahaatmyam naiva yah pathet;
Vrithaa paatho bhavet tasya shrama eva hyudaahritah.
21. He who fails to read this “Glory of the Gita” after having read the Gita, loses the benefit thereby, and the effort alone remains.
COMMENTARY: This is to test and confirm the faith of the reader in the Bhagavad Gita, which is not a mere philosophical book but the word of God and should therefore be studied with great faith and devotion. The Gita Mahatmya generates this devotion in one’s heart.

Etanmaahaatmyasamyuktam geetaabhyaasam karoti yah;
Sa tatphalamavaapnoti durlabhaam gatim aapnuyaat.
22. One who studies the Gita, together with this “Glory of the Gita”, attains the fruits mentioned above, and reaches the state which is otherwise very difficult to be attained.

Iti srivaraahapuraane srigeetaamaahaatmyam sampoornam.
Thus ends the “Glory of the Gita” contained in the Varaha Purana.

Dr.Sebi - The Nature Cure for Everything

I have recently read a brilliant financial planning book “Master your Money. Master your Life” written by Abhishek Kumar. Even though I have already read dozens of books about Financial planning, however, this book tops my favorite list for the author's brilliant skills of explaining the complicated financial jargon in simple English that can be understood by anyone who can read English.

This book highlights beautifully that “It is not about how much you earn, but how well you plan your finances that makes you Rich”.

After reading this book, I strongly regret “Why I haven’t read such a good Financial planning book before Fifteen years?”. I convince myself that it is better late than Never.

If I am the principal of a College, I will give this book as a gift during the convocation for all the graduates.  In the current situation, Middle-class salaried professionals are highly talented to earn lots of money, however, when it comes to planning their finances, they score below average.

This book clearly captures the mistakes of every salaried middle-class professional in India. Some of the rare salaried Professionals, read the Financial planning books written by the American authors and try to follow the same formula in the Indian Sub-continent. Please be informed that we can take the good Financial planning concepts from the American authors, however when it comes to Investment we need to plan according to the current Indian Economic situation and policies. For Example, buying a Real Estate in the United States might be a lucrative investment, however, the same might not be considered a good investment in India currently due to many factors. So, only this book is highly recommended as it talks considering the current Indian Economic situations.

Key highlights of the Books :
Pro’s :

Verdict :
I strongly recommend this book to all the Middle-Class Working Professionals to plan their finances wisely.

If you have already had good knowledge about Financial Planning, it will just hit the refresh button. You can also use this book as a blueprint to check whether you are going in the right direction to your financial freedom.

Final Words :
If you like this book, please recommend it to your family and friends who are living in an illusion to enlighten them to live a financial free blissful life. Let them also sleep peacefully, knowing the secrets of Financial planning.

"The body is your temple. Keep it pure and clean for the soul to reside in"  ― B.K.S Iyengar Yoga is one of the effective an... 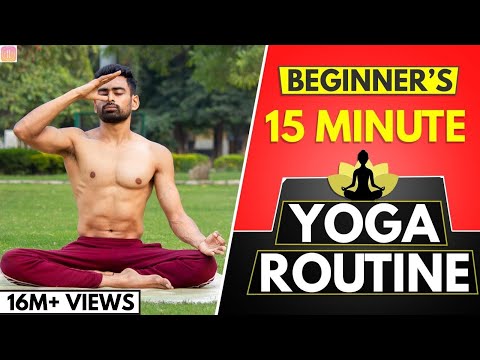